From Shock to Awe filmed at Soul Quest Ayahuasca Church in Orlando Fl. 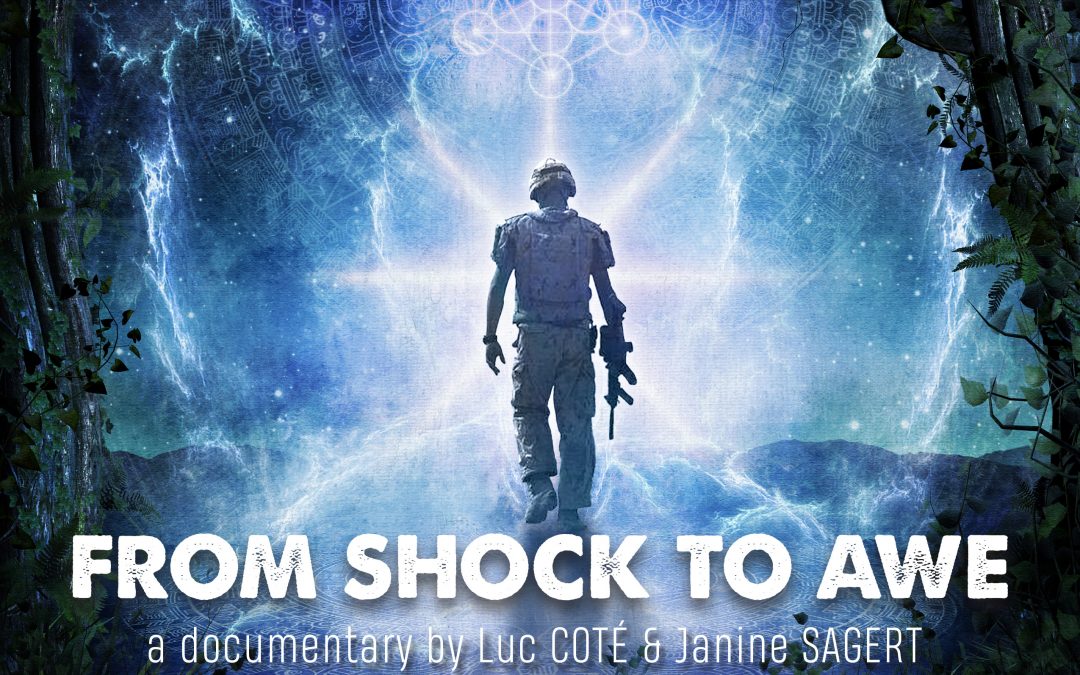 In April of 2016, we joined veterans Michael Cooley, Matt Kahl, and Ryan LeCompte, whose organization, Veterans for Entheogenic Therapy, facilitates the participation of veterans with PTSD in Ayahuasca ceremonies.

Filming At Our Retreat Center in Orlando

We filmed both the veterans and their families ahead of Cooley and Kahl’s first-ever Ayahuasca ceremonies, which were held that weekend at Soul Quest Ayahuasca Church Of Mother Earth, our retreat center in Orlando.

We captured both the hopes and fears they had about taking the medicine, including how it would impact their wives and children. And once at our Ayahuasca retreat center in Orlando, we filmed the healing ceremonies themselves, showing up close the transformational effects it had on these long-suffering vets.

We then returned to visit the veterans five months and again 15 months later to see how their lives had unfolded since the spiritual Ayahuasca ceremony. In particular, we wanted to learn about how their respective healing journeys had affected their families and their own wellbeing.’

PTSD In the United States

For other conflicts, such as the Gulf War and Vietnam War, the statistics range between 12 and 15 percent. Needless to say, being involved in the military and seeing combat has a lasting effect on physical and mental health.

Depending on the severity of PTSD and the symptoms, veterans are usually treated in a number of ways, including cognitive behavior therapy, stress inoculation training, anti-anxiety medication (SSRIs and SNRIs), and eye movement desensitization and reprocessing (EMDR).

The thing about taking anti-anxiety medications and antidepressants is that they can often come with more harmful side effects than advantages. Weight gain. Lethargy. Suicidal thoughts. Suppressed libido. Mental fog.

For veterans suffering from PTSD, reconnecting to mother nature’s medicine can be a more viable option. As From Shock to Awe shows, life-changing Ayahuasca wellness retreats can effectively mitigate symptoms of PTSD — naturally.

About Our Wellness Retreat Center In Orlando

From Shock to Awe is partially set at our Ayahuasca retreat center in Orlando, where these veterans participated in a traditional Ayahuasca ceremony.

Chris Young co-founded the Soul Quest Ayahuasca Church of Mother Earth to assist individuals who are on a path of self-healing, like these veterans. Whether you or a loved one are suffering from PTSD, depression, addiction, or seem to have just lost your path, our shamanic guides can help you to reconnect to nature and to self-healing.