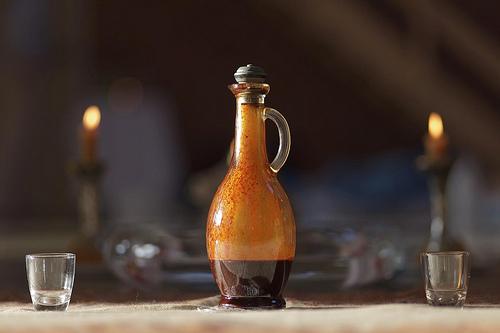 ORLANDO, Fla. – An Orlando-based church is fighting with the federal government over the way it practices.

Members of the Soul Quest Ayahuasca Church of Mother Earth drink a strong tea that causes hallucinations as part of their ceremonies.

“When I took the medicine, I was a believer,” said church founder Chris Young.

What Young believes is that a hallucinogenic tea made from the bark of an Amazon vine, called Ayahuasca, can cure much of what ails the human race.

He said people come from all over the world to his four and a half acres of land in east Orange County, where his church sits, to participate in Ayahuasca ceremonies.

On a Saturday morning, News 6 watched as members of Young’s church woke up after a night of drinking Ayahuasca.

Most said they purged after drinking it into buckets that were placed next to their cots outside.

Some said they had very vivid hallunications.

Trujillo said he had drank Ayahuasca eight times before, and he said it’s not about “getting high.”

He said this is not the kind of high people are looking for.

“It’s more of finding out who you are behind all of the mental noise and all of your things that you think make up you because of your past and because of what you’ve experienced,” he said. “It’s learning to let go of that and realize that you’re not any of those things.”

But is Young’s church a religion?

The U.S. government wants to know.

Young received a letter from the Drug Enforcement Agency, telling him Ayahuasca contains DMT, which, according to the letter, is a Schedule 1 controlled substance.

Investigators said it’s illegal to import, and they asked Young to apply for an exemption, asking him to prove that he is a church.

Young insists it is.

What would he have to say to people who accuse him of hiding behind religion in order to use Ayahuasca?

“I would love for them to come take the medicine, and they will see if we are hiding behind religion,” he said.

“They will see that they will find their religion.”

Young fired back at the DEA with a 157-page response, saying his church worships “Mother Earth.”

News 6 checked and found out there is a precedent.

The U.S. Supreme Court allowed one other church to use Ayahuasca as a sacrament.
Young is hoping his church will be allowed to continue.

Note: this story about our wellness retreat center was originally published by News 6. Check out the article by Erik Sandoval.